How do you defend your business against watering hole attacks?

In jungles and savannas, some animal species tend to gather in bodies of water to ward off the heat or have a drink of water. Many hunters use this predictability to easily snipe big game. Black hat hackers apply a similar principle when they launch a web exploit known as a watering hole attack against an organization.

Once the hackers learn the websites that their target victims usually visit, they infect these sites with malware that can spread to visitors’ computers. These cybercriminals then use the infected computers to access the organization’s network and steal sensitive data, encrypt the data for ransom, or take over victims’ accounts. Hackers may also add the infected devices into their botnet to launch distributed denial-of-service attacks.

How do cybercriminals know which “watering holes” to infect?

This can reveal the victims’ interests and activities, such as if they’re involved in activism or charity works, or if they actively participate in political message boards. Another way is to check professional networking sites such as LinkedIn. Here, cybercriminals can find items like online skills certifications — and where their would-be victims obtain these.

Once the malicious actors have identified the sites their targets frequent, the actors screen the sites for viability. That is, the sites must have poor security, otherwise the cybercriminals’ movements may be detected and thwarted.

How do watering hole attacks work?

Once a black hat hacker determines a site to be viable, they inject it with HTML or JavaScript code. When a target visits the tainted site, the target’s browser triggers the hacker’s code to probe the target’s device for vulnerabilities, which are often known vulnerabilities that have been left unpatched. Once security gaps are identified, the malicious code funnels its payload — namely malware — through these gaps.

As you can see, cybercriminals have turned the innocent act of web surfing into something dreadful. So…

...How do you defend against watering hole attacks?

One way to protect your company from watering hole attacks is to prevent them from being launched in the first place. You can do this by implementing the following measures:

Despite all of these measures, a hacker may still manage to find a vulnerability they can exploit. In this scenario, you must be able to detect, rout, and quash the impending assault. To do all of these, you must monitor your internet traffic for web exploits and utilize web logging to spot and stop suspicious activities.

Trust Online Computers to keep your business safe from cyberthreats like watering hole attacks. Leave us a message to learn more. 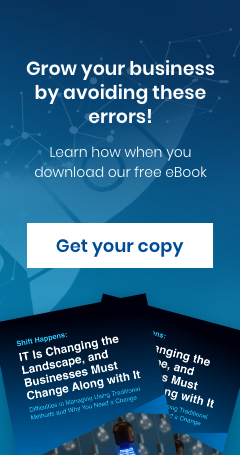